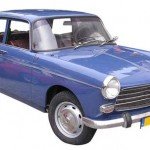 I’ve never owned a vehicle. It’s awfully inconvenient to not be able to drive around. My commute takes twice as long via bus than if I were to drive. Going to grocery store is a pain, and I have to align buying toilet paper with the generosity of friends. Going out for dinner with my … Read more

Our seven years old GE Profile front load washer finally died on Saturday night.  Everything was working fine until the last two loads when it starts to make loud knocking noise during the spin cycle.  At first, I thought it was a load balance issue, but the noise persists.  The shredded plastic pieces it spewed … Read more 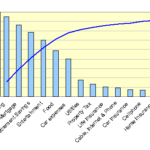 Spending less than you earn is a core component of good money management, and a vital part of any wealth building strategy. This guide is intended to provide readers with ideas, how-to’s, and resources on frugal living and expense reduction. It will explore aspects of frugality and provides practical ideas on how to save money … Read more 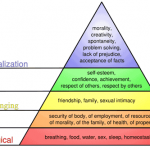 Maslow’s Hierarchy Of Needs is a theory in psychology conceived by Abraham Maslow in 1943.   The theory first appeared in his paper A Theory of Human Motivation. Maslow’s Hierarchy Of Needs is typically represented as a pyramid consisting of five levels — i.e., physiological, safety, love/belonging, esteem, self-actualization as the one shown below. Maslow’s … Read more 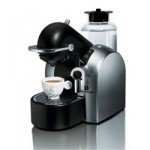 A few weeks ago, my wife and I visited my sister and she made us a few cups of espresso, cappuccino, and cafe latte with her new Nespresso D290C Concept Automatic Espresso Machine. I must admit the coffee was great. My wife loved the machine and decided that we should have one also. I was … Read more 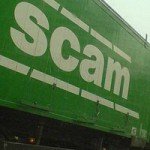 Since I write about selling unused stuff on Craigslist and eBay, I just want to share my recent experience with you. Basically, you have to be careful with who you are dealing with when you are selling in these online markets. There are a lot of scammers in these marketplaces and you don’t want to … Read more 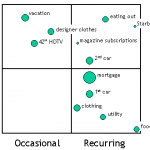 It seems like whenever I write about expense control, I have the tendency to get all geeky. Let’s be serious, how many people would actually use the Pareto Principle and Quick Wins to reduce living expenses? Well, today I am going to show you yet another way to look at your expenses — a good … Read more

Here’s some mid-week fun for Moolanomy’s readers. Have you ever wondered if you are frugal or cheap? I do. I always consider myself frugal, but my wife calls me cheap — go figure! Here’s a little test. Just answer the 10 questions below and write down your answers on a sheet of paper. Are You … Read more 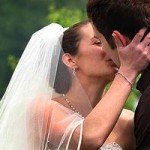 The wedding season is upon us. In a few weeks, we will be seeing weddings and happy faces all around us. The followings is a list of wedding tips and stories submitted by readers like you and me. Please be sure to read the comment section for details and follow links to articles on other … Read more 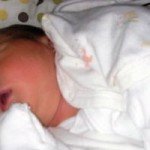 My wife and I have been new parents for nearly five months now. Lucky for us, we got some good advices early on, including those from a guest post by Paidtwice: 10 “Preparing For Baby” Tips For the Frugal-Minded. However, I understand how easy it is to overspend on newborns. They are so precious to … Read more

Disclaimer: The information on this site is strictly the author's opinion. It does NOT constitute financial, legal, or other advice of any kind. You should consult with a certified adviser for advice to your specific circumstances. While we try to ensure that the information on this site is accurate at the time of publication, information about third party products and services do change without notice. Please visit the official site for up-to-date information. For additional information, please review our legal disclaimers and privacy policy.
Image Credit: All uncredited images are screenshots or produced by Moolanomy.com, licensed from DepositPhotos or produced on Canva.com.
Advertising Disclosure: Moolanomy has affiliate relationships with some companies ("advertisers") and may be compensated if consumers choose to buy or subscribe to a product or service via our links. Our content is not provided or commissioned by our advertisers. Opinions expressed here are author's alone, not those of our advertisers, and have not been reviewed, approved or otherwise endorsed by our advertisers.