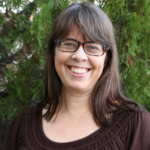 Jackie Beck and her husband paid off over $147,000 in debt (including their house!). She is the creator of the award-winning Pay Off Debt App which was featured in Oprah Magazine and has helped over 53,000 people. Learn more about her journey here.

I remember exactly what I was doing when I first got serious about getting out of debt. I was sitting on the kitchen counter in the condo my ex and I had, looking at a credit card statement that had come in the mail, and feeling overwhelmed. It felt like I was never going to get out of debt. 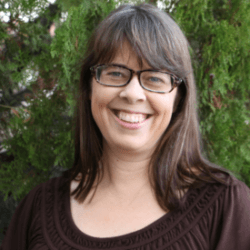 Every month was the same struggle

I wanted to get the debt paid off. So I’d scrape together enough money to send in a little bit more than the minimum, but then we’d end up charging even more back on the card.

It was very frustrating. So every month I’d try to console myself.

But one day, I realized something important.

“Next month” wasn’t going to be any different. It was just going to be more of the same thing, unless I did something differently.

Facing Up to Reality

“Doing something differently” did NOT mean telling myself that I’d send more money to debt next month because:

No, what it actually meant was facing up to reality. The truth was, we were spending more money than we earned, and that wasn’t going to change unless and until WE changed.

The truth was, we were spending more money than we earned, and that wasn’t going to change unless and until WE changed.

That realization was a long time coming. It was an even longer time before I actively put the changes I needed to make into practice. In fact, it wasn’t until after my ex and I divorced that I started making real progress.

The Beginning of the End (of debt!)

That progress started with taking responsibility: I was the only one who was going to change my life. It was up to me to make the kinds of choices that would lead to where I wanted to be.

I started by getting a second job and using all of the income from that to build an emergency fund. I wanted to have money to take care of myself and my son if things went wrong. And they did go wrong. But, having a cushion really helped.

I Committed to No More Borrowing, No Matter What.

You know you they say that if you find yourself in a hole, you should stop digging? Well, I stopped digging.

If you find yourself in a hole, you should stop digging? Well, I stopped digging.

I decided I would only spend money I already had. I could do or buy anything I wanted to, as long as I had the money first.

Later, I started tracking my spending and making a budget.

I mean a zero-based budget: one where you decide what to do with all your money before the month starts — including sending money to savings and debt. And then you follow through because they are things you WANT to be doing.

And I mean tracking your spending AS you are spending it. Tracking my spending in this way was a game changer. Because by looking at my spending as I was spending it, I got a chance to stop and think. That helped me make positive choices and changes along the way.

Those kinds of little, daily decisions add up. Over time, I spent more on the things that mattered, and less on the things that didn’t. It’s a natural way to get more money to put toward debt and savings. (Along with working extra.)

Along the way, lots of life happened.

Getting remarried and having a spouse who was on the same page about money made a huge difference. He also wanted to get out of debt.

So we cheered each other on and celebrated every little bit of progress along the way.

We paid off our debts bit by bit, one debt at a time, until finally they were gone.

Today, my husband and I are completely debt free, including our mortgage. You can read the details of how we paid off ALL our debt here. 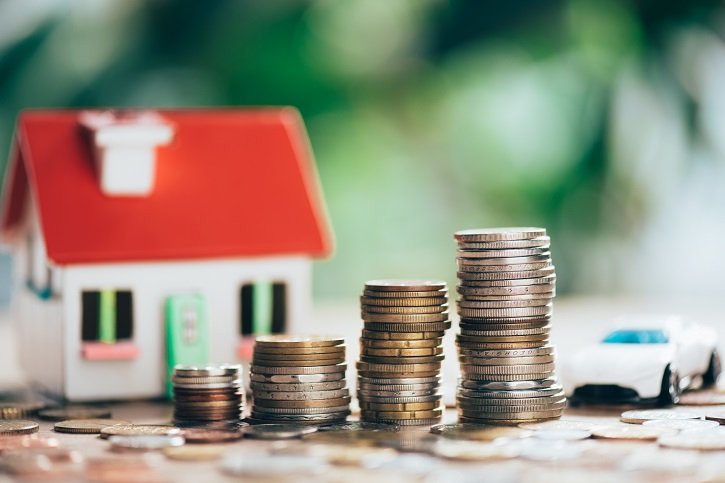