The United States may be one country, but there are variations in the cost of living from one state to the next, and they can be substantial. Not everyone can afford to pick up and leave the state they’re living in to go to one where the cost of living is lower. But if you are planning on an out-of-state move, to find a new job or perhaps in anticipation of retirement, the lower-cost states definitely are definitely worth checking out.

According to the most recent report from the Missouri Economic Research and Information Center, the 10 states with the lowest cost of living overall are as follows:

It’s important realize that the numbers that make these states the lowest cost places to live our general numbers. There are any number of variables that may or may not fit with your personal situation or goals. There may be certain expenses that are more important in your budget than others, and if that’s the case you may be better off looking at each state based on certain expenses that are more favorable to you.

Let’s take a look at some that may be more relevant.

One of the single biggest expenses that matters to retirees or couples with children, is housing. A generally lower cost of living may not matter if house prices are beyond your reach. Below are the 10 states with the lowest housing prices:

You may not consider going to one of the lower cost states in search of less expensive housing if you are well employed where you live. But it might be a consideration if you’re planning to retire soon, or if you have a successful business that’s also completely portable.

Few expenses vary more widely between the states than real estate taxes. A property tax bill that’s over $10,000 on a property in a high tax state can be only $1,500 on a similar home in a low tax state.

Below are the 10 states with the lowest property tax rates:

The average healthcare premium in the US is $215 per person per month, but there is a wide variation in premiums between states. If you live in Massachusetts ($437), Vermont ($401) or New Jersey ($364), moving to a state with much lower health insurance premiums may be of more interest to you then simply going to a state with a generally lower cost of living.

The ten states with the lowest health insurance premiums (per person, per month):

If you live in Louisiana, Oklahoma, Michigan or West Virginia, where auto insurance averages over $2,000 per person per year, you may find states with the lowest auto insurance rates to be attractive. This will be especially true if you have multiple insured drivers in the family.

The ten states with the lowest annual auto insurance rates from Forbes.com:

Auto insurance rates alone are probably not a compelling reason to choose to live in one state versus another, but all things being equal it could be a swing factor.

States with No State Income Tax

Seven states also have no state income taxes; they are:

States with No State Sales Tax

Since sales tax is not typically a major factor (unless you’re buying a brand-new car) this one is kind of a bonus. Five states impose no state sales tax:

If you’re considering relocating to another state to take advantage of the lower cost of living, it may be better if you use the general lists as a starting point only. Take a look at certain major expenses that impact your situation more heavily, and see where the biggest savings are. You may find yourself relocating to a state that isn’t necessarily one of the cheapest overall.

Maslow's Hierarchy of Needs and Frugality
Should You Repair Old Appliance or Buy a New One?
How to Support a Family on a Single Income
Extreme Couponing: 6 Reasons It Will Not Work for You
Costco Membership Discount and Deals
A Dollar Saved is Better Than a Dollar Earned
The Cost of Instant Gratification
40+ Ways to Save Money, Lower Your Bills, and Cut Expenses

Funny that my state, TX, is #5 but doesn’t appear in most of the other categories, like housing prices. But people need to realize that often, salaries are in proportion to the state’s standard of living. Like, teachers in the Northeast and California get paid the most, but they have to pay most for basic necessities, and vice-versa for states like South Dakota and most of the Southern states.

I’m sure there are exceptions, but that’s what I’ve seen.

Good article and nice stuff to know, as many people are looking to live more frugally.

krantcents–Agreed, it ain’t all about money! But for those times when it is…that’s the point of this post.

Hi Emily–The “secret” is to find those niches where salaries aren’t much lower but prices are. Not always easy, but not as hard if you have one or two significant expenses that will be particularly lower in another state.

I live in Tennessee, and we don’t have a state income tax. They only tax interest and dividends. I don’t know why this article says we do. We don’t.

Hi Joseph–It depends on the list source. Some consider a tax on unearned income to be an income tax. Technically it is.

What happened to Georgia? It was not mentioned anywhere on any list.

New Hampshire also does not have an income tax!

Hi Kellyk–I live in Georgia–it isn’t as inexpensive as it used to be. For example, it’s now one of the highest states for car insurance, and though property taxes are on the low side, state income tax and sales tax rates are about middle of the pack.

Hi Mary Ann–New Hampshire is another of those states that has no income tax on wages, but does on unearned income, so again, technically it does have an income tax.

Wow! I just got sticker shock right there. I live across the river from Manhatten and I paid 321k for. 700sqft condo and I’m confident I got a killer deal. Now if only I could commute to NYC from Michigan, I would save a ton of cash!

I live in a very high cost of living state and it does not matter. My children live here and I want to be close to eventual grandchildren. Also. we will own our house free and clear in just 4.5 years. My property taxes are based on the purchase price of 15 years ago. Sometimes non financial factors trump financial ones.

Disclaimer: The information on this site is strictly the author's opinion. It does NOT constitute financial, legal, or other advice of any kind. You should consult with a certified adviser for advice to your specific circumstances. While we try to ensure that the information on this site is accurate at the time of publication, information about third party products and services do change without notice. Please visit the official site for up-to-date information. For additional information, please review our legal disclaimers and privacy policy.
Image Credit: All uncredited images are screenshots or produced by Moolanomy.com, licensed from DepositPhotos or produced on Canva.com.
Advertising Disclosure: Moolanomy has affiliate relationships with some companies ("advertisers") and may be compensated if consumers choose to buy or subscribe to a product or service via our links. Our content is not provided or commissioned by our advertisers. Opinions expressed here are author's alone, not those of our advertisers, and have not been reviewed, approved or otherwise endorsed by our advertisers.
Smart Spending

States with the Lowest Cost of Living by Category 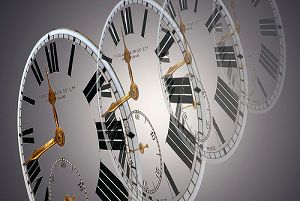 Taxes Important Tax and Filing Dates for Individuals and… 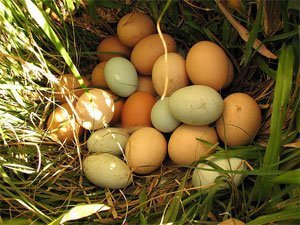 Financial Planning Why You Need an IRA Even if You Have a 401(k)
10
wpDiscuz
10
0
Would love your thoughts, please comment.x
()
x
| Reply