If you are lucky enough to have a pension plan at work, your next concern is how much you can actually depend on it when you get to retirement. In other words, is your pension plan just a nice piece of paper that will be useless in retirement or will you be able to count on it as part of your retirement planning?

Should You Rely On Your Pension for Retirement?

It’s the million dollar retirement question if you have a pension: Can I actually rely on it for retirement planning purposes? Or should I just assume my pension won’t be around, so when it is around it just happens to be a nice surprise?

The problem with determining how much you can rely on your pension is it also depends on the long term health of your employer. Will your employer be around in 30, 40, or 50 years to keep funding the pension? Even if the company is still around, will it be able to afford to keep paying for the pension?

All of that uncertainty makes me lean more toward not counting fully on the pension to be around. It might be, and that’s great, but unlike a 401(k) or IRA where you can see the investments that are held most pension plans are difficult to determine where the funds are held.

However, there is one simple way you can know whether your pension will still be around: is it guaranteed?

What is the Pension Benefit Guaranty Corporation?

With pensions dying over the past several decades and employees that were reliant on those pensions ending with little retirement income to rely on, the Federal government decided to do something to protect those individuals. The Pension Benefit Guaranty Corporation was formed by the Employee Retirement Income Security Act of 1974.

The Pension Benefit Guaranty Corporation (PBGC) is much like how the Federal Deposit Insurance Corporation (FDIC) protects individuals from bank failures. The FDIC accepts insurance premiums from banks and in return, the bank’s customers are protected up to a certain level of deposits in case the bank fails. If an FDIC insured financial institution fails, FDIC comes in, takes over the bank, and guarantees the deposits of the customers so they can find a new institution and not lose everything they had deposited with the bank.

Likewise, the PBGC accepts insurance premiums from pension plans and in return offers a guarantee of the pension amounts for the employees in the plan. For the average pension beneficiary there is no risk of not having your pension amount paid out (assuming your plan is part of PBGC). The monthly payment amount that is covered is set by the Employee Retirement Income Security Act. For 2012 the maximum annual amount covered is just shy of $56,000 per year.

Can My Pension Survive If My Employer Doesn’t?

Another interesting fact about pensions: if your employer files bankruptcy that doesn’t automatically mean your pension is doomed. In theory your pension funds are completely separate of company funds. In fact, they should be managed by an independent 3rd party that administers the pension.

So if your company implodes and disappears in a few years, your pension could in fact survive. It comes down to how well funded the pension is and making sure the company wasn’t dipping into funds that it shouldn’t have access to.

Plus, if your pension is part of the Pension Benefit Guaranty Corporation, then you don’t have as much to worry about unless your annual pension benefit was going to be massive.

What are Qualified Distributions?
IRA and 401(k) Early Withdrawal Penalty
The Multiply By 25 Rule and the 4 Percent Rule
What is a Roth IRA and Everything You Need to Know About It
What Happens If You Contribute Too Much to Roth, IRA or 401k?
How to Calculate Your Net Worth
How to Calculate Your Financial Independence Ratio
How to Rollover 401(k) to IRA

My pension is with the public sector and the industry that my employer is in is very unlikely to be going anywhere or doing anything in the next 40 years.

My pension better be around when I retire, because I contribute 6% of my wage into it – my employer contributes 10%. I guess we’ll see, but I hope it isn’t going anywhere!

Anyone with a pension is fortunate. For most of us our retirement is our responsibility – also with no guarantee because of the stock market.

How Safe is Your Pension and Can You Depend on it for Retirement? 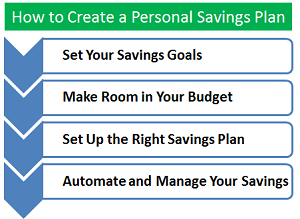