Can you afford the basics? What are the basics, anyway? According to a USA Today article, it takes about $150,000 a year to cover the basics, set aside money in savings, and enjoy a few extras. If you make less than $150,000 a year, the implication is that you are going to be just scraping by.

The results come from a WSL/Strategic Retail survey that looked at shopping habits in America and found that those with incomes of between $100,000 and $150,000 a year were experience higher rates of financial struggle. I found this interesting since it comes less than two years after a study pinpointed $75,000 a year as the ideal salary for happiness.

All of this begs the question: Do you really need that much money to live comfortably?

What are you buying that $150,000 is the bare minimum for comfortable living? While there are some places where the cost of living is high enough that $150,000 wouldn’t go very far, for many people it seems as though a comfortable life should be available for much less than $150,000 a year.

Part of the problem might be what we consider “comfortable” these days:

Many of these things that we consider “needs” for a “comfortable” lifestyle were luxuries just a few years ago. And, if you are really honest, you might realize that many of these items are money leaks, resulting in a waste of 10% to 15% of your income each month. And, if you look at some of the items on the list, you might see that, if you consider these items “basics” adding “extra” and savings (but let’s be honest: the emergency fund is probably disregarded), it is a little easier to see how $150,000 might be required.

Expectations that Come with Income

Many people feel that a higher income also comes with higher spending expectations.

If you are making six figures, you are “supposed” to have a bigger house, nicer car, more expensive clothes, and spend money on various other items. In some cases, expectations (either those you put on yourself or those you feel others place on you) might include private school or expensive gym memberships.

When you do a break down of expenses, suddenly it seems as though a six-figure income might not be enough to live on. $100,000 doesn’t go very far if you live in an area with a high cost of living, or if you feel as though you “need” some higher-priced amenities. Because a six-figure income has such a psychological impact on those of us in the middle class, it seems as though you should be able to “afford” — or even that you “deserve” — certain things.

Lifestyle inflation is a reality as you earn more money. You earn more, so you spend more. That’s probably why the survey showed that financial stress was higher than average for those with incomes between $100,000 and $150,000 (although it would also be interesting to see where they live since that could also be a factor). It’s hard to say what, exactly, constitutes “rich,” but it looks like, increasingly, what we used to think of as rich is now being viewed as only enough to cover the basics.

I’m not a penny-pincher by any stretch of the imagination, but we live on less than $150,000 a year and count ourselves comfortable. We have savings and contribute to retirement each month. We still have some debt (mostly student loans and cars), and we like to spend money. However, we are careful about what we spend our money on. Our home is modest, and we have a garden and try to eat at home.

To live within our means, we prioritize our spending so that the things we find most important are taken care of first. We don’t spend money on things that aren’t important to us. We forgo a lot of “normal” things that our neighbors have because we want to have the money to do what we like. So we’re comfortable, even though we have less than $150,00 a year.

How to Improve Your Cash Flow
5 Websites to Help You Manage Your Finances Online
10 Tips for Surviving on a Limited Budget
Planning for Annual and Irregular Expenses
No Budget, No Problem: Achieving Financial Success without a Budget
Budget Mentality versus Net Worth Mentality
Budgeting: How to Make a Budget
Cash Envelope Budgeting System

We don’t need 150k to live a happy life and that’s ok because I doubt we will ever make that amount. We live comfortably, and with-in our means. It’s not about how much money you make it’s how you save it, full stop. Everyone should have a budget no matter if they live on commission or 150k or more a year.. money is money and money needs to be budgeted. If it is not, we spend more than we earn without even thinking about it.

A lot of it is relative. $150,000 may be poor in Los Angeles and a McMansion owner in Dallas. Depending upon the area, there are other considerations such as higher taxes and poor urban schools requiring kids to be sent to private school.

I can live on a lot less than $150K, but my kids are grown and zI have no debt except for a small mortgage.

Monroe on a Budget

Median household income in Monroe MI is about $55k. We’re a small city between the metro areas of Detroit, Toledo and Ann Arbor. I have done a household expense analysis for my blog based on that median income and our cost of living. The theoretical budget I wrote up shows median income is do-able with financial resourcefulness such as frugal grocery tricks and making payments on only one vehicle at a time. That lifestyle also includes one date night a month for the parents; and one family trip a year to northern Michigan in keeping with local customs. Public schools… Read more »

Insurance was not listed in the equation here. When we add up health insurance (at 12K per year for two self-employed persons), car insurance, home insurance, professional insurance, and life insurance (we’re about to drop that because it’s skyrocketing with age), I am shocked to see that it tallies about what I thought I might be making at this point in my in life when I was younger. And we don’t have long-term care insurance. Add to that self-employment taxes (15.3%), property taxes, state and federal taxes, consumer goods taxes on most purchases, moderate donations to charities, and home mortgage… Read more »

A phrase I find myself using a lot:

“Your income does not determine how successful you are – your choices and priorities do.”

I think you could reasonably substitute the word “comfortable” for successful there. As Miranda astutely pointed out, it comes down to what your priorities are in life. If your aren’t comfortable unless you have a pile of material possessions, then yeah, it’s going to take a lot of money to make you “comfortable.”

This article should be titled “Does a Married Couple Really Need $150,000…” A single person shouldn’t need half that much to get by comfortably.

I think $75k per person per year before taxes is more than enough. We are constantly marketed to confusing us between what is a want versus a need. You only need food, clothing, shelter, and maybe transportation. Anything else is just nicer versions of needs or wants. Bill – I lived in San Francisco for many years and in different neighborhoods. One can live on less than a $1,000 a month for rent, even by yourself. Where do you live? In the Marina district? San Francisco city & county also provides universal healthcare which means you are entitled to care… Read more »

I think you nailed it with the cost of living in your area. I’m pretty successful in my career, make $150,000 on my own. My wife stays at home to take care of the kids. We live in a very modest home, never really splurge, but take a nice vacation every 3 years. We are a 1 car family and at the end of the day are very frugal, watch every penny, save a lot of money and we can be considered middle class in our area. We are def comfortable, but I wouldn’t say we are “rich”. Just smart.… Read more »

It’s just so dependent on where you live, but even more dependent on how you define “comfortably.” If it weren’t for the debt service, I would have lived a pretty great lifestyle when I made $40,000…and this was in DC — not exactly the cheapest place

Yea, this is a “it depends” type thing. In smaller towns in the midwest, you don’t need nearly that much.

Disclaimer: The information on this site is strictly the author's opinion. It does NOT constitute financial, legal, or other advice of any kind. You should consult with a certified adviser for advice to your specific circumstances. While we try to ensure that the information on this site is accurate at the time of publication, information about third party products and services do change without notice. Please visit the official site for up-to-date information. For additional information, please review our legal disclaimers and privacy policy.
Image Credit: All uncredited images are screenshots or produced by Moolanomy.com, licensed from DepositPhotos or produced on Canva.com.
Advertising Disclosure: Moolanomy has affiliate relationships with some companies ("advertisers") and may be compensated if consumers choose to buy or subscribe to a product or service via our links. Our content is not provided or commissioned by our advertisers. Opinions expressed here are author's alone, not those of our advertisers, and have not been reviewed, approved or otherwise endorsed by our advertisers.
Budgeting 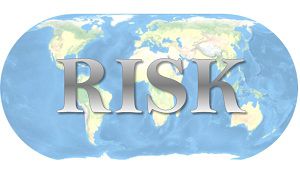 Investing Risk Tolerance and How It Affects Your Investment …
Real Estate How to Rent Out Your House When You Move Out of St…
13
wpDiscuz
13
0
Would love your thoughts, please comment.x
()
x
| Reply