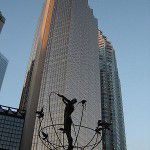 Banks such as JP Morgan Chase, Citi, and Bank of America are rolling out the silver and fine china in the hopes of attracting a wealth segment that, heretofore, had been relegated to the masses while the 1% received the red carpet treatment. The mass affluent are now targeted as premier customers and they will be treated as such with oak-walled lounges, private banking rooms, and even home visits. 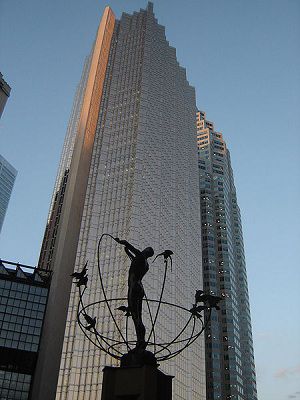 Who are the Mass Affluent?

If you have over $500,000 in assets, you can expect a latte with your next bank deposit, or perhaps some wine and cheese. That’s what some of the major banks are offering the mass affluent in the neighborhood in order to pump up revenues.

At a time when the Occupy inequality movement is targeting banks and the 1% they covet, banks are not being shy about going after the 10% with more special treatment in new, lavish settings. It’s the 10%, those with assets of $500,000 to $1,000,000 that has become the new sweet spot for banks desperate to increase deposits and revenue-per-customer.

The passing of the Dodd-Frank Wall Street Reform and Consumer Protection Act of 2009 brought with it sweeping changes of the way many banking products are regulated, including private equity funds, hedge funds, and capital investments. The addition of the Durbin amendment gave the Federal Reserve permission to regulate the debit card interchange fee charged by the big banks. The end result of these two actions was increased costs for the big banks and a large decrease in bank profits.

The largest banking institutions decided to recoup their losses by initiating monthly debit card fees, some as high as $8 a month. They also began to eliminate some of their free checking accounts to offset the costs incurred by the changes. However, they underestimated the angry reaction of the banking public, which led to more consumers switching to credit cards, especially the low interest variety and ditching their debit cards to avoid the fees. Other customers participated in the ‘Bank Transfer Day’ of 2011, which saw thousands of people close their bank accounts and move them to more consumer friendly credit unions and local banks.

The Perks of Being One of the Mass Affluent

The fact is that the banks don’t make any money off of the masses, which is why they have made several blatant attempts to increase fees. For those who do stick around and pay higher fees, the banks are happy to oblige. For those who take their money and run across the street to another bank, they are happy to bid them adieu. It’s the mass affluent they want along with their need for higher-margin products such as mutual funds, portfolio management and private banking.

The average mass affluent customer will generate double the revenue than a middle-class customer.

Most industry experts see this as the final push towards a realigned banking landscape where the major banks, as is their want, handle the 10% and the smaller, regional and community banks handle the masses. Credit unions are expected to explode over the next few years as an increasing number of middle class customers spurn banks altogether.

The big banks, which have been at the center of controversy in the politically inspired class-war, appear to be fully committed to their new strategy. According to the big four, we can expect to see hundreds of leather-packed lounges and marble-faced boutiques popping up in an affluent zip code near you.

Monica Clark is the Managing Editor at Directbanc. Directbanc strive to help consumers by providing unbiased information and educational articles about financial products in order to improve their finances.

This is something of a global trend and (at least out here in Asia) is being driven by a number of factors:

– boosting the deposit base

This is so timely. Thanks for this article. Big banks cater to their shareholders. Shareholders of public banking institutions care only about making money. As one of the non-affluent masses, I prefer credit unions which value their customers more because customers are the owners. Great post!

I honestly do not see the appeal of these kinds of perks. You can keep your wine and cheese, I left a big bank a year ago because of high fees and poor service and have been thrilled with the credit union I chose. You could not pay me to go back to one of the above mentioned banks, and I’ll keep my investments managed by someone who knows what they’re doing too.

Disclaimer: The information on this site is strictly the author's opinion. It does NOT constitute financial, legal, or other advice of any kind. You should consult with a certified adviser for advice to your specific circumstances. While we try to ensure that the information on this site is accurate at the time of publication, information about third party products and services do change without notice. Please visit the official site for up-to-date information. For additional information, please review our legal disclaimers and privacy policy.
Advertising Disclosure: Moolanomy has affiliate relationships with some companies ("advertisers") and may be compensated if consumers choose to buy or subscribe to a product or service via our links. Our content is not provided or commissioned by our advertisers. Opinions expressed here are author's alone, not those of our advertisers, and have not been reviewed, approved or otherwise endorsed by our advertisers.
Image Credit: All uncredited images are screenshots or produced by Moolanomy.com, or licensed from DepositPhotos.
Banking

Who are the Mass Affluent and Why Big Banks Want You

Investing What is Preferred Stock, Types of Preferred Shares…
3
wpDiscuz
We use cookies to ensure that we give you the best experience on our website. If you continue to use this site we will assume that you are happy with it.OkPrivacy policy