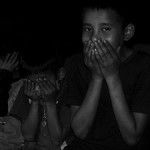 Imagine this scenario: You are ready to sell your car, that you now own free and clear, only to be told by your lender that you can’t until you pay off another unsecured loan you have with the same lender. In essence, you are being told that you are not through paying on your car, and the title still belongs to the lender. How is that possible? It’s the result of an obscure clause called cross collateralization. You wouldn’t have known about it unless you carefully dissected your contract, where you would have found it buried deep in the fine print. Even if it was explained to you by your lender, chances are it would be long forgotten by the time you were three or four years into your loan, which is why most borrowers are caught off guard. 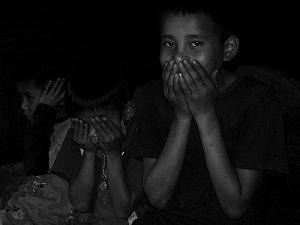 What Exactly is Cross Collateralization?

Essentially, cross collateralization is a method used by lenders to use the collateral of one loan, such as a car, to secure another loan you have with the lender. While that may, on the surface, appear to be a reasonable precaution taken by the lender, borrowers often don’t realize the amount of control the lender has over their finances when it is exercised. It can keep you from being able to sell your car; worse, if you fall behind on another unsecured loan, it can take your car; and, if you need to file for Chapter 7 bankruptcy, it could require you to relinquish your car to them until outstanding debts have been satisfied.

While cross collateralization is an established practice in auto lending,, you are more likely to come across it with credit unions. Credit unions operate differently than banks in that they are owned by their members. So, the clause is an added protection against loan losses that would be shared by the members. The appeal of credit unions has always been their willingness to extend more favorable loan terms, especially when you have an existing relationship with them. If you finance a car through a credit union, or have a savings account with it, you will likely receive offers for low rate unsecured loans, such as a low interest rate credit card. That’s because they can secure those loans with the collateral from your auto loan or savings.

Much has been written about the virtues of credit unions as banking alternatives for people who have grown weary of big, impersonal banks and their “nickel and dime” fee structure.  In a number of articles we’ve expounded on the advantages and disadvantages of banking with credit unions, with the tendency to favor them for their superior customer service and more favorable loan and savings rates. But, their proclivity for including this particular clause in their contracts should give you pause before establishing any kind of relationship with them.

It always comes down to “Borrower Beware”

Credit unions are an attractive banking and lending alternative for a number of reasons, and you shouldn’t be deterred by the potential problems that could arise out of a cross collateralization clause in your auto loan if you take a few precautions.

As with any form of lending, be it credit cards, installment loans, lines of credit, or mortgages, the burden is always on the borrower to understand every aspect of the credit terms which are written primarily to maximize the lenders revenues and protect them against losses.

Bad Credit Loan: 6 Ways to Borrow Money With Bad Credit
How to Calculate Debt-to-Income Ratio (DTI Ratio)
5 Reasons Why Credit Card Cash Advances are Bad
Borrowing Money from Lending Club and Prosper
My Experience on How Payday Loans Work
The Best Places to Borrow Money
How to Ask Your Friends and Family for a Business Loan
How Does a 401(k) Loan Work, Advantages and Disadvantages

Monica Clark is the Managing Editor at Directbanc. Directbanc strive to help consumers by providing unbiased information and educational articles about financial products in order to improve their finances.

I’m a member at two credit unions (one of my parents and the one associated with my job). I didn’t know about this clause at the time, but I had an auto loan with one but do all of my other banking with the other. So, I guess that would circumvent this issue the way you suggested; while, at the same time I retain the benefits of credit union.

What about mortgages from a credit union where you have an auto loan?

My car was financed through a credit union and has been repossessed. When I got the loan I did not bank with the credit union but switched 4 years after getting the loan. Now the credit union has frozen my account and they have taken out what was past due and they won’t let me close the account. What do i do?

Disclaimer: The information on this site is strictly the author's opinion. It does NOT constitute financial, legal, or other advice of any kind. You should consult with a certified adviser for advice to your specific circumstances. While we try to ensure that the information on this site is accurate at the time of publication, information about third party products and services do change without notice. Please visit the official site for up-to-date information. For additional information, please review our legal disclaimers and privacy policy.
Image Credit: All uncredited images are screenshots or produced by Moolanomy.com, licensed from DepositPhotos or produced on Canva.com.
Advertising Disclosure: Moolanomy has affiliate relationships with some companies ("advertisers") and may be compensated if consumers choose to buy or subscribe to a product or service via our links. Our content is not provided or commissioned by our advertisers. Opinions expressed here are author's alone, not those of our advertisers, and have not been reviewed, approved or otherwise endorsed by our advertisers.
Borrowing and Lending 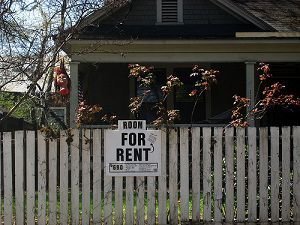 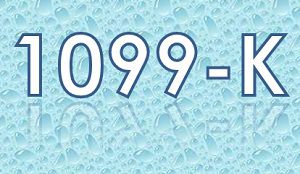