What is an Early Withdrawal Penalty?

Exactly how much of a chunk of your withdrawal the government gets is dependent upon the specific retirement option you are withdrawing funds from.

Which Retirement Accounts Have an Early Withdrawal Penalty?

All retirement accounts have some sort of early withdrawal stipulation, but the details are different. The two key points are: how old you must be to withdraw funds while avoiding paying the penalty, and what the early withdrawal penalty is if you are below that age.

For most retirement accounts, the target age you want to be before pulling funds out is 59½. And for many retirement options the penalty you will pay if you are under that age is 10% of the withdrawal.

Here’s a shortlist of popular retirement accounts and the penalties you would pay on early distributions. Remember, the penalty is taken out of the withdrawal, not out of the account. A $1,000 withdrawal with a 10% penalty would net you $900 before you paid taxes on the remaining amount.

How to Avoid Paying Fees for Withdrawing Retirement Funds Early

Not all retirement account distributions are treated the same. If you want to withdraw the money to spend on a vacation or some other unnecessary expense, you will end up paying the early withdrawal fee unless you are over the age limit for the account.

However, there are certain instances where early distributions are allowed. These exceptions are account specific, so be sure to read up on your specific retirement account before withdrawing funds.

A few common exceptions include:

Remember, You’ll Owe Income Taxes, Too (Except for Roth)

Ideally, you don’t need to touch your retirement account until retirement. Even if you can withdraw early and avoid the penalty, remember that you will also have to pay income tax on the distribution if it is a tax-advantaged account. That can easily take 10-37% off the top of whatever amount you’re withdrawing.

It’s even worse if you have to pay the early withdrawal penalty. If you’re in the 24% tax bracket and withdraw $1,000 with an early with a penalty, you’ll lose a ton of money:

You will also be forgoing any additional growth in the invested funds. If that $1,000 stayed invested for another 15 years and earned 8% on average, you would end up with almost $3,200.

How to Create an Action Plan for Your Goals
The 4% Safe Withdrawal Rate Retirement Drawdown Rule
How to Rollover 401(k) to IRA
What to Do with 401(k) When You Quit or Get Fired
eFinPLAN Online Financial Planning Software Review
Traditional and Roth IRA Contribution Limits for 2018-2019
IRA Withdrawal Rules: Penalty-Free Withdrawal From Traditional and Roth IRAs
Spousal Benefits and Social Security Strategies for Married Couples

It can be very painful to take an early withdrawal from a retirement account which is why I try to ensure that my emergency account is fully funded before putting money into a retirement account. While you can get the retirement money back out, it just isn’t worth it. Like everything in life you have to take the good with the bad. Tax free growth, penalties for accessing too early.

Taking an early withdrawal certainly isn’t worth it. I agree with Money Infant about maintaining an emergency fund. Also, research other retirement planning options that don’t carry the stress of exorbitant fees. Penalties = stress and it shouldn’t/doesn’t have to be that way.

Of course, what’s ironic about this story is that the current president promised to enable people to take a one-time withdrawal of their IRA without penalty, to deal with the burdens of the economic crisis. So much for campaign promises…

If I took a Hardship Distribution from 403b, there is no 10% penalty? 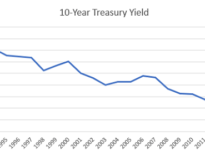 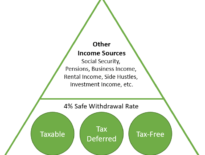