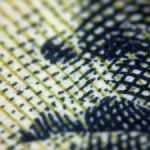 When it comes to money, there is no shortage of advice out there. Some of it is funny, and some of it is just plain stupid. And, of course, some of the money advice out there can inspire you to make better decisions, and there are smart money quotes that will help you improve your finances — if only you take heed.

Below are some money quotes that can help you learn more about finances, and perhaps even inspire you to better habits:

“Too many people spend money they haven’t earned, to buy things they don’t want, to impress people they don’t like.” — Will Rogers

“Money is only a tool. It will take you wherever you wish, but it will not replace you as the driver.” — Ayn Rand

“Don’t tell me where your priorities are. Show me where you spend your money and I’ll tell you what they are.” — James W. Frick

“You have not lived a perfect day, even though you have earned your money, unless you have done something for someone who will never be able to repay you.” — Ruth Smeltzer

“What we really want to do is what we are really meant to do. When we do what we are meant to do, money comes to us, doors open for us, we feel useful, and the work we do feels like play to us.” — Julia Cameron

“If you pay peanuts, you get monkeys.” — James Goldsmith

“If you would know the value of money, go and try to borrow some.” — Benjamin Franklin

“A bank is a place that will lend you money if you can prove that you don’t need it.” — Bob Hope

“Lack of money is the root of all evil.” — George Bernard Shaw

“It is pretty hard to tell what does bring happiness; poverty and wealth have both failed.” — Kin Hubbard

“Money, if it does not bring you happiness, will at least help you be miserable in comfort.” — Helen Gurley Brown

“The art living easily as to money is to pitch your scale living one degree below your means.” — Sir Henry Taylor

“Time is more valuable than money. You can get more money, but you cannot get more time.” — Jim Rohn

“Save a little money each month and at the end of the year you’ll be surprised at how little you have.” — Ernest Haskins

“A nickel ain’t worth a dime anymore.” — Yogi Berra

“Anyone who lives within their means suffers from a lack of imagination.” — Oscar Wilde

“If you think nobody cares if you’re alive, try missing a couple of car payments.” — Earl Wilson

“If you can count your money, you don’t have a billion dollars.” — J. Paul Getty

“If all the rich people in the world divided up their money among themselves there wouldn’t be enough to go around.” — Christina Stead

“What difference does it make how much you have? What you do not have amounts to much more.” — Seneca

“The glow of one warm thought is to me worth more than money.” — Thomas Jefferson

“Money is not required to buy one necessity of the soul.” — Henry David Thoreau

“There is some magic in wealth, which can thus make persons pay their court to it, when it does not even benefit themselves.” — Ann Radcliffe

“Who is rich? He that is content. Who is that? Nobody.” — Benjamin Franklin

“The only way not to think about money is to have a great deal of it.” — Edith Wharton

“Money frees you from doing things you dislike. Since I dislike doing nearly everything, money is handy.” — Groucho Marx

“The safe way to double your money is to fold it over once and put it in your pocket.” — Frank Hubbard

“Business is the art of extracting money from another many’s pocket without resorting to violence.” — Max Amsterdam

And, finally, I’d like to close out with a great observation from the Douglas Adams Hitchhiker series:

This planet has – or rather had – a problem, which was this: most of the people living on it were unhappy for pretty much of the time. Many solutions were suggested for this problem, but most of these were largely concerned with the movements of small green pieces of paper, which is odd because on the whole it wasn’t the small green pieces of paper that were unhappy.

Do you see your favorite money quote on this list? If not, please add it below.

Nice collection Miranda! I love money sayings and you have found several I’ve never heard before. I have an entire category on the AAAMP Blog with many Money Proverbs subjects at:

“I don’t want to make money, I just want to be wonderful.” – Marilyn Monroe

“Money won’t buy you happiness, but it’ll sure buy you a big enough boat to sail up to it”

Great list! One of my favs is from Jim Rohn …. “Profits are better than wages. Wages will make you a living, profits can make you a fortune”. For those in the know and who embrace it come powerful results.

My favorite, “Money can’t buy happiness, but it sure can rent it.”

I once heard Billy Joel say: “Money won’t buy you happiness, but it will buy you a Ferarri to drive around and look for it.”

Buried treasure comes at a great cost, ends up hidden underground, and is very liquid once you find it. But beware where you place your shovel, because this is also true of septic tanks!

from Boiled Down Money Goo

Disclaimer: The information on this site is strictly the author's opinion. It does NOT constitute financial, legal, or other advice of any kind. You should consult with a certified adviser for advice to your specific circumstances. While we try to ensure that the information on this site is accurate at the time of publication, information about third party products and services do change without notice. Please visit the official site for up-to-date information. For additional information, please review our legal disclaimers and privacy policy.
Advertising Disclosure: Moolanomy has affiliate relationships with some companies ("advertisers") and may be compensated if consumers choose to buy or subscribe to a product or service via our links. Our content is not provided or commissioned by our advertisers. Opinions expressed here are author's alone, not those of our advertisers, and have not been reviewed, approved or otherwise endorsed by our advertisers.
Image Credit: All uncredited images are screenshots or produced by Moolanomy.com, or licensed from DepositPhotos.
Personal Finance 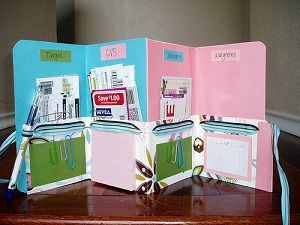 Smart Spending How to Organize Coupons Effectively
Personal Finance 7 Pillars of Wealth Creation
8
wpDiscuz
We use cookies to ensure that we give you the best experience on our website. If you continue to use this site we will assume that you are happy with it.OkPrivacy policy