What could be more stressful than figuring out your income tax? Discovering that you did not pay enough tax this year, and on top of that, many of your exemptions and deductions will no longer be applicable because you are subject to the Alternative Minimum Tax. The AMT is one of the most confusing tax topics you can encounter due to how different it is from the rest of the typical tax code. This breakdown of the Alternative Minimum Tax (AMT) may help relieve some of that confusion.

What is the Alternative Minimum Tax?

The AMT is a second level of income tax that was originally meant to affect the wealthiest of individuals. Its purpose was to prevent the wealthy from using deductions and special tax benefits to pay less in taxes.

The AMT was introduced with the Tax Reform Act of 1969. It was set up in such a way that it only affected a small number of households nationwide. In 1986, the Tax Reform Act was amended and when it took effect, more households, including those in the upper-middle class, became a part of the group impacted by the AMT.

How Does the AMT Work?

Individuals and households are expected to pay a base amount of taxes. This is calculated by adding up income, subtracting deductions, and determining the level of income taxes that should be paid. There is an AMT deduction factored in to prevent those with middle to lower incomes from being included in the AMT.

Once you know how much tax was owed during the year, you calculate to see if you are paying the correct amount or more than was required, the AMT would not affect you. However, if you have paid less than the regular income tax, the AMT takes effect and a new tax level is determined.

For example, if your regular income tax level is found to be $5,000 and you had paid $5,000 or more in regular income tax, you would not have to worry about the AMT. However, if you fall under AMT guidelines and had paid only $4,000 in income taxes, the AMT would recalculate your income and deductions and determine your new level of taxes. Your Alternative Minimum Tax is usually significantly higher than your “normal” tax amount. This is because the AMT does not allow for certain significant deductions (such as the standard deduction and personal exemptions) as the regular tax code allows.

What Can Trigger the Alternative Minimum Tax?

It can be hard to judge whether or not you will fall under AMT guidelines, although certain triggers can increase your odds of being impacted. These include having large itemized deductions (particularly miscellaneous, state income tax, state sales tax, and medical itemized deductions), home equity interest deductions, and certain types of bond interest.

There are many different deductions and exemptions that could force you into the AMT. To determine if you would need to pay the alternative minimum tax, use your tax preparation software or refer to the Alternative Minimum Tax (AMT) section in the Form 1040 or 1040-SR Instructions.

Congress understands having the middle class pay a luxury class tax is an unpopular move, so every year in recent memory they have voted an increase in the AMT exemption amount. The main problem comes from the original AMT legislation not having an inflation adjustment built into it. Over time more and more households were hit by the AMT, and Congress relied on the tax revenue. A long term fix of AMT reform is needed, but to wipe out the AMT successfully an additional source of tax revenue will be needed to replace that lost by the AMT.

How to Create 1099-MISC Forms and File Online with the IRS
Standard vs Itemized Tax Deductions, Which is Better?
Capital Gains Tax Rules on the Sale of Your Home
6 Strategies to Reduce Your Taxable Income
Self-Employment, Estimated Tax, and Safe Harbor
Do I Get a Tax Deduction on Home Sale Loss?
Tax Diversification -- Why It Pays to Tax Diversify
Self-Employment Tax and IRS Estimated Tax Payment

What is the Alternative Minimum Tax and How Does It Work? 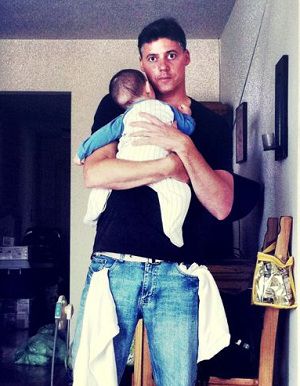 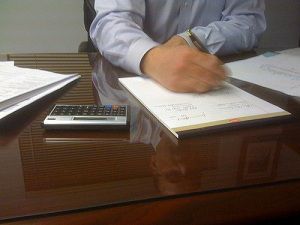