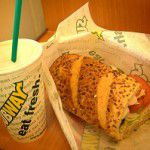 Have you ever seen a great location in your town and thought that it would be perfect for a coffee shop or restaurant?  Some people dream about opening up a little Mom and Pop restaurant and running their own business for a living. Unfortunately, the failure rate is very high for these businesses. An alternative to starting from scratch is to open a franchise from an already established brand.  The top franchises have already built a winning formula and they provide their franchisees with the tools and training they need to be successful.

I’ve researched some of the most popular franchises and what type of investment is required to get started.  The numbers might surprise you. If you’ve ever looked at the long drive-thru line-up at a McDonald’s or Dunkin’ location and thought these franchises are just a license to print money, think again.

McDonald’s serves more than 56 million customers a day with over 30,000 locations in 118 countries. More than 70 percent of McDonald’s restaurants are owned and operated by local business people. 20-40 employees are needed to run a franchised unit. 82 percent of franchisees own more than one unit. Absentee ownership is not allowed. The start-up cost is between $950,200 to $1,800,000.

Operating 33,538 restaurants in 92 countries, Subway is the world’s largest restaurant chain. 6-10 employees are needed to run a franchised unit. 65 percent of all franchisees own more than one unit. Absentee ownership is not allowed. The start-up cost is between $78,600 to $238,300.

With over 750 restaurants in 40 states and 4 Canadian provinces, Five Guys is one of the fastest-growing restaurant franchises in North America. 20-40 employees are needed to run a franchised unit. Absentee ownership is not allowed. The start-up cost is between $152,600 to $360,300.

Papa Murphy’s has established itself as the largest Take ‘N’ Bake pizza company in the world – and is now the fifth-largest pizza company in the United States with over 1,200 stores in 37 states. 11-12 employees are needed to run a franchised unit. 52 percent of all franchisees own more than one unit. Absentee ownership is not allowed. The start-up cost is between $209,330 to $396,710.

The following is a summary of key information about the 5 franchises mentioned above.

Most franchises have a strict selection process in place for accepting new franchisees.  That’s not surprising, considering that the top franchises in North America want to ensure their franchisees are committed to the keeping the integrity of their brand at the highest level.

What was surprising to me was how much cash was needed to fund the initial investment.  I had a pretty good idea of how much franchise fees and royalty fees would run, but a fair amount of liquid capital is also required before getting started.

From this list, I view Subway as the best value for someone looking to start a franchise today in the fast food or restaurant sector.  For a minimum of $78,000 plus the $15,000 franchise fee, you can have one of the most recognized restaurant brands in the world.  Subway didn’t have any outrageous personal financial requirements, as you could access traditional methods of financing to fund the investment without having to pay a large portion out of your own pocket.

One problem I noticed with some of the top franchises is they require a high net worth individual who is willing to commit to multiple locations.  Chances are, if you’re already a millionaire you most likely don’t want to deal with the hassle of running a franchise, especially when you reach retirement age.

McDonald’s may be a license to print money, but I’m not buying it.

Would you ever consider starting a franchise?

Subway was my initial favorite as well. But, have you ever had a five guys burger? If I had the funds right now, I would start a five guys restaurant. In my opinion (and obviously I don’t have research on this) but it seems to me that five guys would be the most profitable because of how new and how much growth the company has shown.

@Kolton – But it might not do well with health concious segment. For fast food, Subway is probably one of the best option.

That’s a good point. Subway will always have a leg up for health reasons. But burgers are Americas food and for the fact that Five Guys is newer, might present bigger opportunity. If I started a Subway I would be limited for restaurants because they are everywhere!

Subway is one of the few franchises we visit mainly because it is more “healthy” and they are one of few that have good vegetarian options. 🙂 Five Guy’s fries are awesome though!

I’ve done some recent research on franchises vs. Direct Marketing as a way for entrepreneurs to start out and have the first of a two part article now posted on my blog if anyone is interested:

Thanks for your site and information!

Maybe it’s just me, but I’m not drinking the franchise kool-aid. That’s a crapload of money and time investment that you’ve got tied up and riding on someone else’s business idea. And make no mistake: the franchiser will make money whether or not you do. I think a better approach is to target a market, research it to uncover unmet needs, and then create a product or service to meet those needs. You can do so a lot faster and without all the cost, debt, and risk that a franchise exposes you to. The basic idea is that you start… Read more »

Absentee ownership is not allowed!!! That kind of torpedoes the myth of a residual income from any of these operations. Without the owner or a hard driving manager, employees often get slack…and tend to steal from the company. Thus, not only is absentee ownership not allowed, it is a bad idea.

I started my own business a couple of years ago and I can tell you all of you, you will spill guts and blood, it is not just the money it is what you want to be; If you are young you are rich already, invest your money wisely and let it compound over the years and 30 years later you have a really good money. A franchise will give you the way and save you a lot of money, but the blood will be yours, there is no such thing to learn by reading a book. Do not let… Read more »

Five Guys are failing. A location in downtown Philadelphia just closed due to poor business. Another one locally here in St Augustine also went out of business.

Greasy over priced burgers…hype only goes so far and then you are left on your own to try to make money over and above the monstrous overhead…if you don’t believe me go ask Philly 5 Guy franchise owner…he THOUGHT it was a good deal.

Disclaimer: The information on this site is strictly the author's opinion. It does NOT constitute financial, legal, or other advice of any kind. You should consult with a certified adviser for advice to your specific circumstances. While we try to ensure that the information on this site is accurate at the time of publication, information about third party products and services do change without notice. Please visit the official site for up-to-date information. For additional information, please review our legal disclaimers and privacy policy.
Image Credit: All uncredited images are screenshots or produced by Moolanomy.com, licensed from DepositPhotos or produced on Canva.com.
Advertising Disclosure: Moolanomy has affiliate relationships with some companies ("advertisers") and may be compensated if consumers choose to buy or subscribe to a product or service via our links. Our content is not provided or commissioned by our advertisers. Opinions expressed here are author's alone, not those of our advertisers, and have not been reviewed, approved or otherwise endorsed by our advertisers.
Entrepreneurship

Are Top Franchises Worth the Initial Investment? 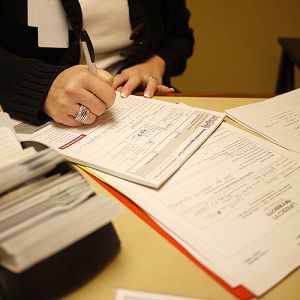 Real Estate What Do Closing Costs Include When Buying a Home 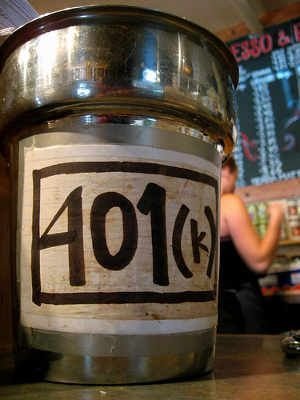