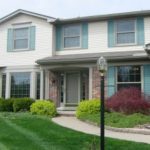 I recently heard an interesting discussion on Dave Ramsey’s radio show about the length of time you need to live in a home in order for it to make sense going through the process and expense of purchasing it. It’s a rare occasion that I disagree with Dave Ramsey, but in this instance, I did. A caller was telling Dave that he was going to be moving to a new city and would be there four years. The question was whether or not he should buy a home knowing he would need to sell it in four years. Dave’s response surprised me. 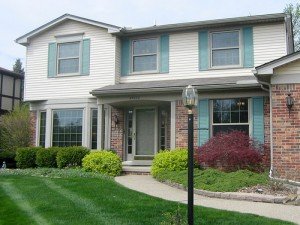 Dave told the caller to find a neighborhood with higher than average appreciation rates. If you can estimate 5-8% annual appreciation, then the money you would make on your house in the four years would compensate for the costs of closing upon buying the home, maintenance of the home during the four years, and the cost of selling the home.

But wait, haven’t home values been going down in recent years? Of course, and as such, Dave recommended using appreciation rates just prior to the housing crash in 2007/2008. This is what floored me.

Dave’s rational for not using 2007-2009 appreciation (actually depreciation) rates was because it was an abnormal time period for the housing market. Maybe so, but wasn’t 2003-2006 just as abnormal? Those “good” years were the biggest real estate bubble the world has ever seen. How in the world does it make sense to base estimated appreciation over the next four years on a time when people were entering raffles for the chance to buy preconstruction condominiums? Completely foolish in my opinion.

While I’m hoping for higher home values and a stabilization in housing as much as the next guy, I believe it makes zero sense for somebody to buy a home with the intention of living in it for only four years. Renting is a much better option.

I’ve already mentioned that assuming appreciation in housing close to 2003-2006 levels is ludicrous in my opinion. I’d be surprised if the next four years showed any appreciation at all, in fact. Additionally, buying, owning and selling a home is expensive. Closing costs on the front end are several thousand dollars. Selling a home usually means paying 5-6% commissions to real estate agents (especially in a tough market).

When it comes to owning the home, the first few years of paying your mortgage are made up of almost all interest. Most people call renting “throwing away money”, but say nothing about “throwing away money” in the form of interest. Furthermore, you will pay insurance, taxes, maintenance and maybe HOA fees. Lastly, all situations are unique, so be sure to calculate the mortgage payments and run the numbers including all estimated fees.

So, if owning a house is expensive, does it ever make sense to own? Sure, if you know you’re going to be in your home for a long period of time. I would suggest the minimum should be five years, but maybe even be closer to ten years. I believe the real estate game is still changing even several years in to this downturn. Renting is definitely the best option financially for any short term periods of time (less than five years). I’m sorry Dave Ramsey, but I strongly disagree with you in this area!

Real Estate Investing with REITs, Pros and Cons
Do I Get a Tax Deduction on Home Sale Loss?
Recession-Proof Investing with Fixer-Upper Rentals
Top 5 Tips to Investing in Rental Property for Fun and Profit
Rental Property Cash on Cash Return (CCR) and Return on Investment (ROI)
The Cost of Buying and Selling a Home
How to Get the Best Mortgage Rate
Should You Prepay Your Mortgage In This Economy?

Kevin is the writer behind 20smoney.com. 20smoney.com focuses on aggressive investing, developing income streams, money management and more with advice targeting 20-somethings. You can read more about his pursuits of online income and financial freedom.

Dave’s eternal optimism about real estate is directly contradicted by the “bubble” shape of the Case-Shiller index.

I completely agree. I would prefer to take the money I save by renting and put it into some index funds.

The trouble with any home valuation equation is always the innocuous little variable you put in it to represent appreciating value. You can get almost any result you want out of it, compared to the other more stable variables like rent and costs.

It’s dangerous to deny that housing has gone up way ahead of inflation for the past 50 years though. Maybe split the difference between the two rates?

Of any of the investing advice Dave Ramsey will give, I will listen to what he says about real estate more than the others. Dave has made and lost a lot of money in RE. Experience like that is always worth given strong consideration.

All real estate is local, and returns vary drastically from house to house. If your in an area with a strong job market that historically is strong regardless of general market conditions, then the housing market will generally follow that. Also if you plan to buy something and fix it up while living in it, or if you just want the nicest house you can afford will factor into whether or not you should own or rent. I had a house built and lived in it for three years and sold it for a good profit after all the costs.… Read more »

There is something to be said for pride of ownership, being able to actually remodel your own home, and the freedoms that come with owning the home. I also don’t see anyone mentioning the mortgage interest and property taxes being deductible, whereas most of rent is not (above the renter’s credit), which can enable some families to live in a nicer home if they buy than if they rent.

owning a house is so fantastic but too hard to imagine. so my advise is, as long as one’s income is at low rate he/she has to rent.

Disclaimer: The information on this site is strictly the author's opinion. It does NOT constitute financial, legal, or other advice of any kind. You should consult with a certified adviser for advice to your specific circumstances. While we try to ensure that the information on this site is accurate at the time of publication, information about third party products and services do change without notice. Please visit the official site for up-to-date information. For additional information, please review our legal disclaimers and privacy policy.
Image Credit: All uncredited images are screenshots or produced by Moolanomy.com, licensed from DepositPhotos or produced on Canva.com.
Advertising Disclosure: Moolanomy has affiliate relationships with some companies ("advertisers") and may be compensated if consumers choose to buy or subscribe to a product or service via our links. Our content is not provided or commissioned by our advertisers. Opinions expressed here are author's alone, not those of our advertisers, and have not been reviewed, approved or otherwise endorsed by our advertisers.
Real Estate

How Long Do You Have to Live In A Home to Justify Buying It?

by Kevin time to read: 2 min
Banking How to Choose the Best High Yield Savings Account…