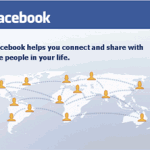 A few weeks ago I received an email.  In the email I was asked to give a reference for two individuals who were applying for the same job.  That’s not really unusual, right? We’ll, here’s the kicker.  (I hope this doesn’t get too complicated …) One of the key decision maker’s daughter and I are friends on Facebook.  She found out I that I was friends with both applicants.  I suspect there is no way that my friendship with both parties would have ever been known except for Facebook.  Three completely different circles of friends were connected by Facebook.  The stake was high – a full time job. 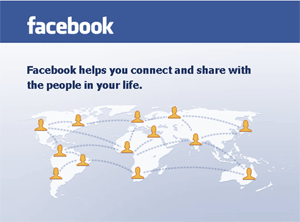 Before this incident I had heard that the CEO of a large non-profit always asks to become friends with all potential employees.  A few moments scanning those Facebook pages reveals so much about a person’s true character.

Thus, it becomes clear that getting a job is not a matter of luck, there are changes you can make to your Facebook account to increase your chances of getting hired.  Before starting you start job hunting, you’ll want to get organized.

Have any of you used Facebook to help land a job?  What other job hunting tips would you suggest?  Is it fair that nothing is sacred any more – not even Facebook?

The Three Stonecutters
7 Good Paying Jobs That Do Not Require a College Degree
Real Hourly Wage: The Truth About What You Make Per Hour
10 Characteristics Necessary for Success (Mr. Rogers Style)
5 Work from Home Jobs
My First Week as a Real Estate Agent
7 Steps to Make More Money at Your Job
How to Ask for a Pay Raise

Craig Ford is a fulltime missionary in Papua New Guinea who writes Money Help For Christians and Help Me Travel Cheap, a frugal family travel blog. He is the author of Money Wisdom From Proverbs, has a Masters of Divinity degree, and (most importantly) eats homemade pizza with his family every Friday night.

i really did not know that facebook could be used for anything remotely serious. the only benefits i have read about this site is the fact credit card companies and other money lending institutions use it to tract down defaulters how hit the road before paying up.But in the corporate world, this social networking site is an unnecessary evil that causes a lot of waste of company’s resources and gotten people fired But i agree that ones profile tells alot about someones character because that is where we all seem to get loose. i think i should make a facebook… Read more »

If I was hiring someone, I would go to facebook.

BUT, can’t I have just one place where I can be completely myself without worrying who is looking? It seems like we lose that in our society and we tend to put up a facade. It is so important now to have real friends and a place to be yourself. Phew.

I think this is so wrong! Sheesh when will people realize you have a side that you use at work and you have a side that is revealed when you come home and hopefully neither shall the two meet.This idea that I have to be Mr. corporate slogan 24 hours a day, 7 days a week is ridiculous and should stop.I use the internet to unwind and to vent.I don’t talk to many people,I don’t party or drink, or anything like that.It all started in my opinion when companies no longer just expected you to work but be happy you’re… Read more »

I agree that keeping your Facebook profile positive is essential, if you plan to use it for job hunting. It’s also important to note that your perception of “positive” may not be the same as the potential employer’s. For example, I moved from the Northeast, to a part of the Midwest where people are extremely religious (various branches of Christianity). If I had been Jewish and mentioned being part of a Jewish association, it’s likely that this could cause a particular HR professional to subconciously pass me over. Conversely, if I were part of a radical Pro-life association and mentioned… Read more »

Judging by some of the pictures and posts I see on facebook I think a lot of people could benefit from reading this article.

I am glad that cleaning up Facebook pages is a current topic of discussion among younger people and job seekers. I can’t blame employers for looking at these social networking pages to help scan applicants. People need to keep the part of their lives that are questionable off the internet. In today’s day and age, who knows when web content of yourself will come back to haunt you.

Why does everyone always say that employers will check Facebook? That is almost like checking your local bar to see if your candidate goes there for a beer after work. I don’t think they should check Facebook or any other networking site. Your private life is just that, private.

Facebook is starting to get out of hand most people losing their lives over a argument and I tihnk its childish and stupid to fight over little things.

Disclaimer: The information on this site is strictly the author's opinion. It does NOT constitute financial, legal, or other advice of any kind. You should consult with a certified adviser for advice to your specific circumstances. While we try to ensure that the information on this site is accurate at the time of publication, information about third party products and services do change without notice. Please visit the official site for up-to-date information. For additional information, please review our legal disclaimers and privacy policy.
Image Credit: All uncredited images are screenshots or produced by Moolanomy.com, licensed from DepositPhotos or produced on Canva.com.
Advertising Disclosure: Moolanomy has affiliate relationships with some companies ("advertisers") and may be compensated if consumers choose to buy or subscribe to a product or service via our links. Our content is not provided or commissioned by our advertisers. Opinions expressed here are author's alone, not those of our advertisers, and have not been reviewed, approved or otherwise endorsed by our advertisers.
Job and Career

by Craig Ford time to read: 4 min
Taxes File a Tax Extension Instead of an Amended Return… 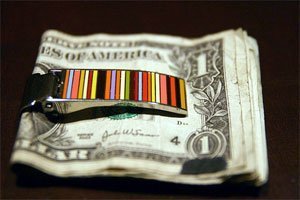 Smart Spending The Secret to Spending Less Than You Earn
10
wpDiscuz
10
0
Would love your thoughts, please comment.x
()
x
| Reply