During college, I stayed close to campus every summer in order to work. Plus, I liked living on my own. The second summer I stayed, I got a job as a waitress and rented a room in a house to get me by until the new school year, when I would have a free room and a stipend as a Resident Adviser. What with one thing and another, I wasn’t going to have enough from my brand new job to pay my first month’s rent right then. Instead of calling up my parents for a quick interest-free loan to get me by for two weeks, I did the independent thing: I headed to the payday loan place.

I only need $200, so I brought my bank statement and proof of my employment. I was told that I could write a post-dated check for two weeks in the future, but I would have to write it for $220, since there was a 10% fee for each payday loan. If I wanted to renew, I just needed to come in with $20 cash for the new fee the day before the two weeks was up, and they would hold the check I wrote for another two weeks.

They took all of my information so they could report it to the credit bureaus, but didn’t actually run a credit check. I wrote the check, they gave me $200 cash. I paid my rent, and made sure there was plenty of money in the bank. I never went back, and haven’t got a payday loan since. But the shame of it haunts me a little now that I write about personal finances.

At the time, it seemed like a great deal. Pay an extra $20 and get the money I need immediately? Perfect! (Of course, if I had been saving as I should have been, instead of living beyond my means and maxing out my credit card, none of that would have happened.) Later, as I reflected on the fee, it occurred to me just how expensive it was.

It occurred to me just how expensive it was…I would have paid $40 in one month for no benefit beyond being able to borrow $200 quickly and easily.

If I had renewed that payday loan, I would have paid $40 in one month for no benefit beyond being able to borrow $200 quickly and easily.

Let’s do a little math…

It’s not hard to see how quickly that would add up. For me, it turned out okay. But most people, no matter what they say when they get a payday loan, a one time visit doesn’t represent the end. Most extend their terms or get another loan in the future, creating a money habit that is difficult to break.

There is a very simple reason that I was charged such a high fee for my payday loan: Payday loan providers said I was a risk. The annual rate on payday loans can be anywhere from 300% to 1,000%.

It is hard for consumers to recognize this because they are paying what seems to be a small fee at the time.

But as they renew — and keep paying fees — it starts to snowball. But many borrowers don’t realize this because it seems a small price to go in and pay $50 or $60 instead of having to repay a $750 to $1,000 loan. It only takes a few months of renewals for a payday loan business to make back what they loan out, provided customers don’t default.

Payday loan providers fill a niche. Many who turn to payday lenders can’t get loans anywhere else. But lenders really making loans that are so high risk that they need to charge such high interest?

Consumers Union, the non-profit that publishes Consumer Reports thinks not. The group pointed out that in the states that collect data on payday lenders, it appears that these lenders charge off their loans at a rate that is only a little higher than credit card issuers — but the interest charged is much, much higher. Of course, since data isn’t collected very widely, it’s hard to say whether this holds up.

In a market, though, some argue, demand sets the tone. And this is a valid point. Clearly, there is a demand for payday loans. Consumers are not usually aware of how detrimental these types of loans can be, or even how expensive they can become. Additionally, some of them use these loans to enable them to continue living beyond their means.

Unfortunately payday loans reflect poorly in a credit report, they encourage poor spending habits and they do very little to help improve your credit score. And, of course, they are among the most expensive loans out there, often ultimately trapping borrowers with high fees.

Choosing a payday loan as a way to meet your financial shortfall is counter-productive. Instead, you might find yourself in a worse situation. If possible, borrowers are much better off looking to other sources, including friends and relatives, before turning to payday loans. And if you are in such a horrible financial situation that you feel a payday loan is your only option, it might be time to get some sort of professional help or counseling with your debt repayment plan.

How to Calculate Debt-to-Income Ratio (DTI Ratio)
Cross Collateralization: The Credit Union's Dirty Little Secret
5 Reasons Why Credit Card Cash Advances are Bad
Should You Lend Money to Family and Friends
Borrowing Money from Lending Club and Prosper
Bad Credit Loan: 6 Ways to Borrow Money With Bad Credit
The Best Places to Borrow Money
How Does a 401(k) Loan Work, Advantages and Disadvantages

Payday loans are like the crack the dealers give to the kids in elementary school. Get them hooked while they are young and they have them for life. Payday loans & rent to own places should be illegal. They rob you blind.

Back when I was able bodied and worked in the oilfield. I could have had enough money each month to be able to lend to others at a high interest rate. No doubt if I where to join a partnership with others able to do so, our partnership would have been labeled criminal organization,even if we didn’t use or threaten violent collection techniques. How do these lending places get by with it, organizing as a for profit corporation? IMO as long as these exist they remain a stain on the moral character of the USA? Those who call themselves “Christian”… Read more »

Disclaimer: The information on this site is strictly the author's opinion. It does NOT constitute financial, legal, or other advice of any kind. You should consult with a certified adviser for advice to your specific circumstances. While we try to ensure that the information on this site is accurate at the time of publication, information about third party products and services do change without notice. Please visit the official site for up-to-date information. For additional information, please review our legal disclaimers and privacy policy.
Image Credit: All uncredited images are screenshots or produced by Moolanomy.com, licensed from DepositPhotos or produced on Canva.com.
Advertising Disclosure: Moolanomy has affiliate relationships with some companies ("advertisers") and may be compensated if consumers choose to buy or subscribe to a product or service via our links. Our content is not provided or commissioned by our advertisers. Opinions expressed here are author's alone, not those of our advertisers, and have not been reviewed, approved or otherwise endorsed by our advertisers.
Borrowing and Lending

My Experience on How Payday Loans Work 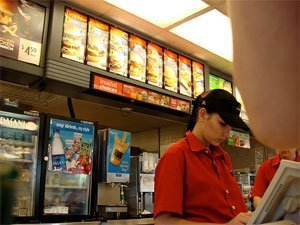 Education 5 Reasons Why Teens Should Work (Even if it Result…
Taxes Unfiled Tax Returns: What Happens If You Don’…
2
wpDiscuz
2
0
Would love your thoughts, please comment.x
()
x
| Reply