There are two rules often cited by investors that sound similar but that in fact make very different claims. In this article, I’ll describe the differences between the two rules — the Multiply By 25 Rule and the 4 Percent Rule.

The Multiply By 25 Rule

The rule assumes that you will be able to generate an annualized real return of at least 4 percent on your investments. A return of 4 percent real on a portfolio of $1.25 million yields $50,000. If you needed $40,000 to live on, you would need to save $1 million. If you needed $60,000, you would need to save $1.5 million. The amount you need to save to generate a specified annual income is always 25 times the annual income amount so long as you assume a 4 percent real return on your investments.

How much do you need to save to finance a safe retirement plan?

The problem is that, when it comes to stock investment, the return obtained is not the only variable that matters in determining whether a retirement withdrawal amount will work out or not. Stocks have for a long time provided an average annual return of something close to 7 percent real. But there are many cases in the historical record in which retirees taking a 7 percent withdrawal would have experienced busted retirements.

If stocks provided a steady 7 percent return, the 4 Percent Rule would instead be the 7 Percent Rule. Retirees could withdrawal 7 percent of their portfolios each year and be sure of their retirement plans working out. But it doesn’t work like that in the real world.

Stocks are a highly volatile asset class. While they provide an average return of close to 7 percent, there are years when they offer returns far greater than that and other years when they offer returns far less than that. What sort of returns sequence pops up in your particular retirement plays a big role in determining whether your retirement plan works out or not.

For retirees, timing is everything

The studies responsible for the 4 Percent Rule tried to answer the question — How much less? The answer they came to is 3 percent less, or 4 percent. The studies look at all of the returns sequences in the historical record and identify a withdrawal of 4 percent as the highest withdrawal that works in every possible case. Hence, the claim that a 4 percent withdrawal is “safe.”

The claim that a 4 percent withdrawal is safe is not a claim that the investor will obtain a return of 4 percent. The studies that produced this rule look at what works in the event that the investor is willing to see his retirement account reduced to zero over the course of 30 years. With this assumption, a return of zero percent would generate a safe withdrawal rate of 3.3 percent. The fact that the studies show the safe withdrawal rate to be only 4 percent suggests that stocks provide a level of long-term safety not much better than that provided by an asset class offering a stable return of something only a little better than zero percent.

It is. It’s also revealing.

What the low withdrawal rate is telling us is that the volatility of stocks is a far more negative force than most of us imagine it to be. The assumed rate of return in the studies is neither zero percent nor 4 percent; it is actually something close to 7 percent, the normal return for stocks. The reason why the safe withdrawal rate is so much lower is that volatility creates the possibility of frighteningly poor returns in the early years of a retirement, and poor returns in the early years are devastating to the hopes of long-term retirement success.

My personal belief is that both of these rules bring to light useful insights as to how investing works but that neither by itself tells the full story. I believe strongly that the 4 Percent Rule at some times overstates and at other times understates the amount needed for a safe retirement; at times of high valuations the true safe withdrawal can drop to as low as 2 percent and at times of low valuations it can rise to as high as 9 percent. The Multiply By 25 Rule isn’t by itself perfect either. There are times when obtaining a 4 percent return is child’s play and there are times when you need to go hunting for a mix of asset classes that will provide that level of return.

3 Benefits of Delaying Your Retirement
How to Set SMART Financial Goals
What to Do with 401(k) When You Quit or Get Fired
Using the Rule of 72 to Predict How Much You Need to Retire
5 Things You Don't Want to Hear From Your Financial Planner
Should You Delay Your Social Security Benefits?
How to Make an Early Roth IRA Withdrawal (and Why You Might Want to)
eFinPLAN Online Financial Planning Software Review

Rob Bennett is author of the A Rich Life blog and co-creator of “The Retirement Risk Evaluator,” the only retirement calculator on the internet that adjusts the safe withdrawal rate for the valuation level that applies on the day the retirement begins.

I like these relatively simple rules because they provide a starting point for thinking about retirement planning.

The last 12 months will have shattered a lot of cost assumptions that people had got used to making about stock market returns.

I appreciate the education – I had thought the two were synonymous! Neil’s right-on, many of the assumptions that have guided the boomer generation’s approach to retirement are going to need re-formulation for Gen X & Y & whomever else. I’m 35 and “on-track” to have $1.5M for retirement IF the growth/performance historical rate (Fidelity’s estimate) holds true. BUT I doubt that it will – again, I think those rates need to be reevaluated. And I truly think my expenses will be less (barring hyperinflation in health care costs) than Fidelity tells me they ‘should’ be. But regardless, thinking/planning about… Read more »

I’m 35 and “on-track” to have $1.5M for retirement IF the growth/performance historical rate (Fidelity’s estimate) holds true. BUT I doubt that it will – again, I think those rates need to be reevaluated. This is Rob Bennett, author of the Guest Blog Entry. I strongly agree with you that those numbers need to be reevaluated, Michelle. All of the investing-related materials at my site presume that the conventional numbers and the conventional advice are wrong. I have good new for you, though. The Fidelity numbers are not wrong today. I believe that the conventional numbers give you good in-the-ballpark… Read more »

Anyone interested in the actual data and studies underpinning the 4% Withdrawal Rate Rule developed in the nineties in response to Financial Advisors previous claims that 7 to 10% withdrawal rates were “safe”, might want to go to this link for a very thorough explanation, using the actual source materials: http://www.bogleheads.org/wiki/Safe_Withdrawal_Rates When the guest blogger claims: “the 4-Percent Rule at some times overstates and at other times understates the amount needed for a safe retirement; at times of high valuations the true safe withdrawal can drop to as low as 2 percent and at times of low valuations it can… Read more »

it is the belief of most who respond to him over the years he has been claiming this (including myself) that he is either misinterpreting or misstating the studies findings and/or intent. It is not at all clear that this is so. I believe that the public record (The Great Safe Withdrawal Rate Debate is the longest and most controversial series of personal finance discussions ever held on the internet and there are hundreds of thousands of posts in the Post Archives of several dozen discussion-board and blog communities) points strongly in the other direction. It is certainly true that… Read more »

Anyone interested in the actual data and studies underpinning the 4% Withdrawal Rate Rule developed in the nineties in response to Financial Advisors previous claims that 7 to 10% withdrawal rates were “safe”, might want to go to this link for a very thorough explanation, using the actual source materials: http://www.bogleheads.org/wiki/Safe_Withdrawal_Rates Here is a link to a blog entry in which I offered my reactions to the Boglheads.org wiki write-up re the Old School SWR studies: http://arichlife.passionsaving.com/2008/06/10/the-boglehead-wiki-statement-on-safe-withdrawal-rates/ Juicy Excerpt: It is obviously not possible for both the Old School studies and the New School studies to be “technically accurate.” Either… Read more »

The question the study set out to find was the single rate that would survive all periods for a given interval If only this were so there would never have been any “controversy” whatsoever! The Old School SWR studies do indeed do just what is suggested above. They tell us the single rate that would have survived all 30-year time-periods in the historical record. There is of course no dispute whatsoever re this question and there of course never has been any dispute re this question. The studies are marketed as telling us the safe withdrawal rate. That they do… Read more »

It’s results (if not it’s implications) remain completely unchallenged by competent parties as to accuracy, arithmetic, method, and clarity of reporting the findings.

Here is a link to an article at my site entitled “The Experts Speak on the Dangers of Holding Overvalued Stocks in Retirement”:

Here is a link to an article at my site entitled “Community Comments on Using Stock Data to Diminish Retirement Risk”:

the forum at the link is dedicated to a philosophy of investing that is the OPPOSITE of what the guest blogger espouses on his own site. The very title of the forum gives the lie to this claim. The forum is called “Bogleheads.” John Bogle is a hero of mine. It was by reading John Bogle’s book that I discovered the errors in the Old School SWR studies. John Bogle is my fourth favorite investing analyst of all time (behind only Robert Shiller, John Walter Russell and Warren Buffett). John Bogle is the Godfather of the Rational Investing model. It… Read more »

The market “gurus” on tv and the brokerage houses have long been advocating active market timing like what Rob has proposed. If only this were so! Both the idea that you don’t need to time the market at all (Passive Investing) and the idea that you can be sure of seeing benefits from timing within a year of making the allocation change (Short-Term Timing) are emotional approaches. I advocate Rational Investing, which argues for trying to overcome the most negative investing emotions and to accept that short-term timing doesn’t work and that long-term timing is required for those seeking to… Read more »

The Multiply By 25 Rule and the 4 Percent Rule 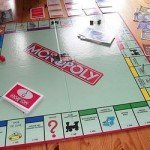 Personal Finance 3 Great Board Games to Teach Kids About Finance 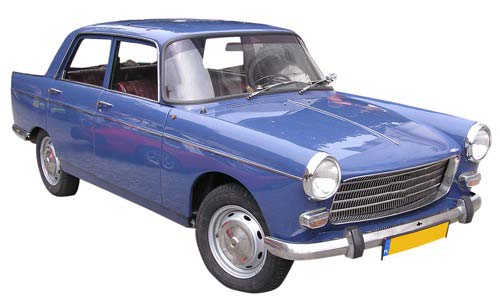