There is a limit which is set by the IRS every year for both Roth and Traditional IRA accounts. The current IRA contribution limits for those under 50 is $5,000 and for those over 50 it is $6,000. This allows for what is called a catch up. What is important in making the decision between the two is mainly one thing: What is your current tax rate and what tax rate you expect to pay in when you withdraw the money. If the tax rate is higher now you should contribute to the Traditional IRA. If the tax rate is expected to be higher when you withdraw you should contribute to the Roth IRA.

There is another consideration, which is a bit complex. Most people do not understand that both Roth and Traditional IRAs allow you to invest tax free. Most people think that a traditional IRA allows you to invest tax deferred. But that is wrong. The right way to think about it is that with a traditional IRA the government owns a share of your investment. The percentage they own is the tax rate you will pay on withdrawal. They own that percentage plus any earnings on that percentage. You own the remainder. There is no tax on your withdrawal.

Consider two investors, John and Mary. Currently, both are in the 25% tax bracket. In addition, they both expect to be in that same 25% bracket when they retire. They also have the same income and spending needs. And they both invest on the same day in the same mutual fund. Each has just received a $1,000 bonus.

There is another advantage of a Roth IRA. While traditional IRAs require minimum withdrawals (Required Minimum Distribution, or RMD), Roths do not. Roths do not have this requirement because the government has already collected its toll (taxes on the income have already been paid). The result is that if an individual believes that they will not need the RMD to pay for living expenses, the choice of the Roth could be better even if the tax rate was expected to be lower upon withdrawal than at the time of contribution. In addition, it is important to remember when estimating future tax rates to consider the impact of an RMD on the marginal tax rate.

There is another consideration: The contribution to the Roth actually allows you to invest more of your assets in a tax free environment. Let’s assume your tax bracket is currently 25% and it is expected to be 25% on withdrawal. That would make the two investment vehicles identical, with one exception. If you invest in a Traditional IRA and you invest the maximum of $5,000, you will really have an investment of not $5,000 but $3,750 as the government owns 25% of the asset (which it will claim when you withdraw the funds — plus its share of any future earnings). If you invest in a Roth instead you get to invest the full $5,000 in a tax free environment, paying the taxes ($1,250) out of other funds.

It is important to note that the issues related to the ability to maximize contributions also relates to a Roth 401(k). The difference is that the Roth 401(k) is not constrained by the same income limitations or contribution rules that constrain a Roth IRA. As we discussed, for 2011, individuals under the age of fifty are limited to contributing no more than $5,000 to a Roth IRA. Those fifty or above can contribute $6,000. Additionally, Roth IRA contributions are prohibited when taxpayers earn a Modified Adjusted Gross Income (MAGI) of more than $122,000. The limit is $179,000 for those that are married and file jointly.

However, with the Roth 401(k), employees can decide to contribute funds on a post-tax basis, in addition to, or instead of, pre-tax deferrals under their traditional 401(k) plans. An employee under the age of fifty can defer (whether to a traditional 401(k), a Roth 401(k), or to both) up to $16,500 for tax year 2011. If they are over fifty, they may contribute an additional $5,500, or a total of $22,000. Note that employer contributions (employer match, profit sharing contribution, etc.) are always pre-tax; the Roth option is only available for employee contributions.

Since individuals should always try to maximize their contributions to tax-advantaged accounts, the Roth 401(k) is a valuable tool. Note the same issues apply to 403(b) accounts.

How to Rollover 401(k) to IRA
The 80 Percent Rule for Retirement Explained and Improved
How to Calculate Your Net Worth
How to Make an Early Roth IRA Withdrawal (and Why You Might Want to)
3 Benefits of Delaying Your Retirement
How to Set SMART Financial Goals
How to Retire Early
Should You Delay Your Social Security Benefits?

Larry Swedroe is a principal and director of research at Buckingham Asset Management, LLC, an SEC Registered Investment Advisor firm in St. Louis, Missouri. He is also principal of BAM Advisor Services, LLC, a service provider to investment advisors across the country, most of whom are affiliated with CPA firms. However, his opinions and comments expressed within this column are his own, and may not accurately reflect those of Buckingham Asset Management or BAM Advisor Services.

Before joining Buckingham in 1996, Larry served as senior vice president and regional treasurer at Citicorp and vice chairman of Prudential Home Mortgage. Larry is author of The Only Guide to a Winning Investment Strategy You’ll Ever Need (updated and re-released in 2005), as well as six other books. Most recently, he authored The Only Guide to Alternative Investments You’ll Ever Need (2008).

Larry has started his own blog called Wise Investing at CBS Money Watch. Please check it out!

The Real Difference Between Roth and Traditional IRAs

by Larry Swedroe time to read: 5 min
Real Estate Do I Get a Tax Deduction on Home Sale Loss? 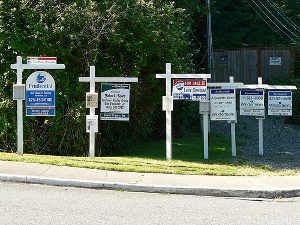 Taxes Capital Gains Tax Rules on the Sale of Your Home
0
wpDiscuz
0
0
Would love your thoughts, please comment.x
()
x
| Reply